What is GPU Scaling? {Should You Have it On or Off?}

Have you ever thought about “what is GPU scaling?” It’s a feature not a lot of people know about, especially for those who don’t know the technical side of gaming. Since you’re here reading this article, you’ll probably want to know what it’s all about. Don’t worry, I’m here to explain it to you in the simplest way possible.

So what is GPU scaling? GPU scaling is a software-driven feature that graphics cards, even iGPUs for that matter, offer through their drivers. Its primary function is to enable gamers to adjust the aspect ratio of their screen display regardless of the resolution, be it 5:4, 4:3, or even the modern aspect ratios at 16:9 and 16:10.

GPU scaling also offers several benefits that you can take advantage of while gaming, but it also has its pitfalls when you leave it turned on. In this article, we will try to dig deeper into what exactly this feature is.

What is GPU Scaling?

Gaming displays have evolved over the years. With the latest hardware releases, in-game graphics have evolved to a point where they look very realistic. Along with this, on-screen display technologies have also evolved from square-shaped monitors to curved ultra-wide UHD screens.

These advancements are truly remarkable as they allow gamers to have a more immersive gaming experience by offering high resolution, high fidelity visual output. But there are often features that gamers tend to ignore, maybe because they are already satisfied with their current experience, or maybe because they don’t even know these features exist.

One of those unexplored features is GPU scaling, and it’s various options. It’s a technical feature that not everyone knows about. Since GPU scaling is usually automatically set once your plug in your monitor and install drivers, most gamers don’t bother checking their settings.

By default, GPU scaling is set according to your monitor’s native resolution. You can also change your GPU scaling depending on the games you run to fit perfectly on your screen.

What Does GPU Scaling Do?

So what does GPU scaling do? To answer this, when you enable this feature, it offers options by which you can easily change your screen’s aspect ratio. It works by adjusting the height and width of the screen’s image output regardless of your monitor’s native resolution to have a much sharper display.

However, use of GPU scaling may result in additional input lag. This is a common issue, especially if you play older games that were made during the CRT monitor era, where 4:3 was the most commonly used.

The most notable example of GPU scaling in older games is Red Alert, a very popular RTS game in the late 90s and early 2000s. If you try to run this game using your wide monitor at 16:9 or 16:10, you will notice that the display is stretched horizontally. This is because Red Alert was designed and developed for the 4:3 monitors. However, this can be corrected using GPU scaling. But if you let the game run at 4:3 using a wide monitor, you will notice black borders around the screen. This is similar to playing videos where you can also see these borders on top and bottom when you enter the full screen.

Screenshot of Red Alert 2 running at 4:3 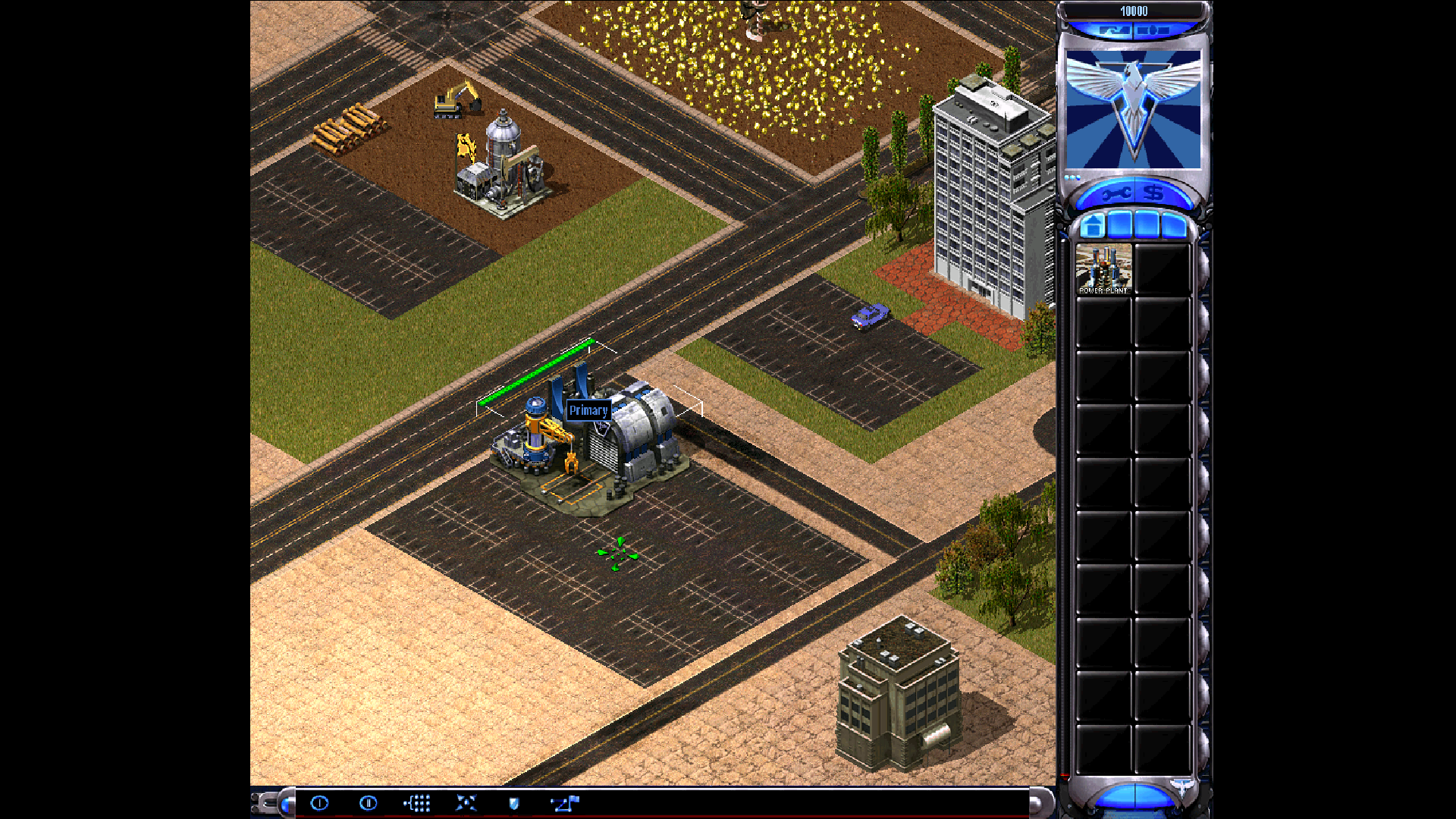 Screenshot of Red Alert 2 forced to run at 16:9 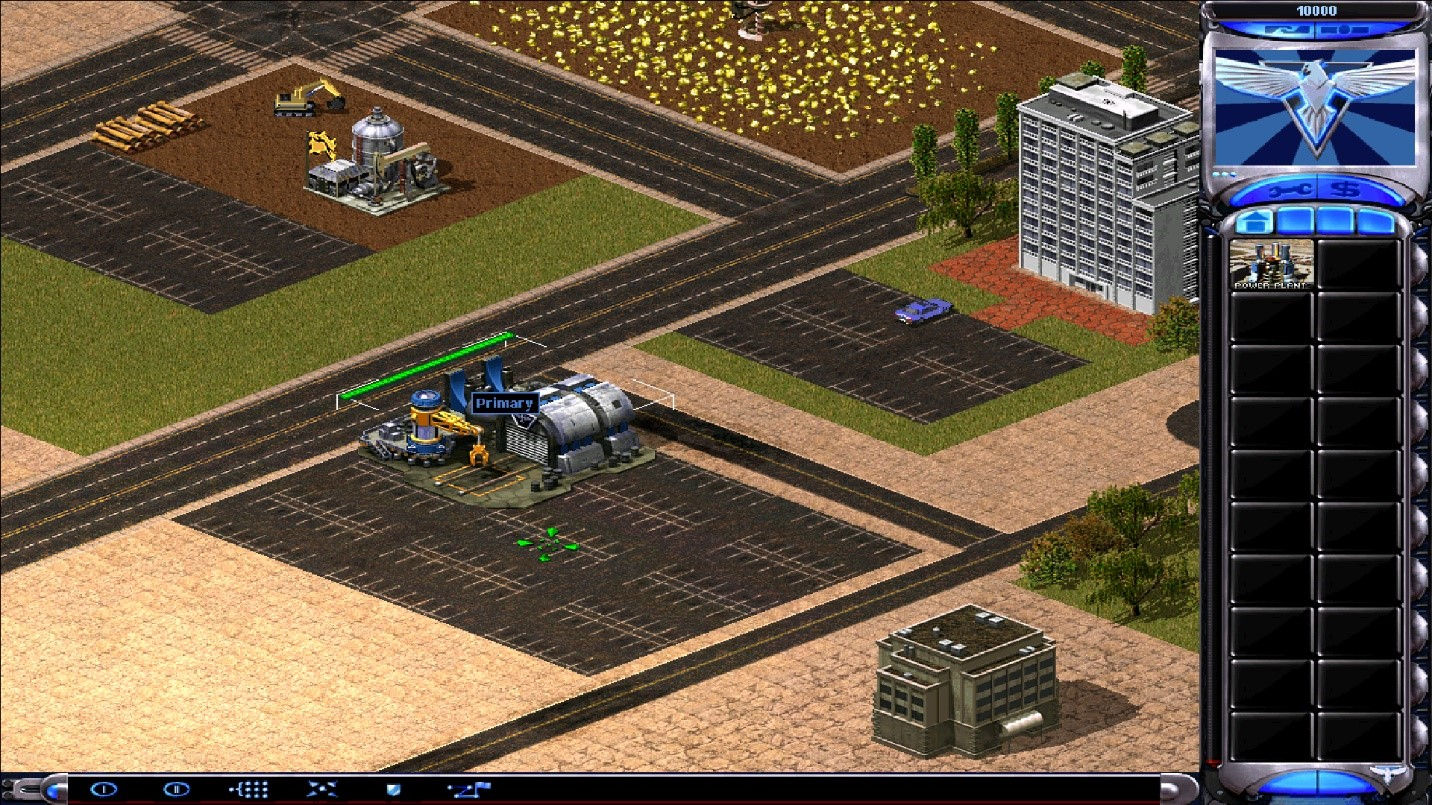 Should I have GPU Scaling On or Off? Do I Need It?

Whether or not you turn GPU scaling on or off will depend highly on the games you play, and the type of monitor you have. In our example in the previous section, even when playing older titles that are not scaled to a monitor that uses a different resolution or aspect ratio, the game should still perform well.

You have a choice, either you run the game on its default resolution along with those black bars around the image, or you can force games that use a lower resolution to run at 16:9 to maximize the entire display in exchange for a stretched image. It’s down to personal preference.

What are the Pros and Cons?

While GPU scaling will give you some extra benefits, it also has its disadvantages like any other setting. These may range from slight performance issues to significant differences in the game’s looks and performance. If you are trying to enable GPU scaling, you might be wondering: does GPU scaling affect performance?

Here are some pros and cons to help you decide whether you want this feature turned on or off.

The main advantage of using GPU scaling is adjusting the display to fit the screen. You may scale it with the game’s default aspect ratio so that the graphics and image will not be distorted, or you may stretch this and maximize your entire display.

For some gamers, running at the default aspect ratios is very important as it may affect the game’s performance. But for others, they may easily get annoyed with those black bars on both sides of the screen, so this would be the perfect time to use this feature. It’s really just your choice and just pick the one where you are comfortable.

Forcing the game to run outside your monitor’s native resolution usually comes at a cost, especially if the game is not designed to run at those aspect ratios. You might be successful in utilizing your entire screen, but there will be tradeoffs.

Poor image and decreased performance are just a few common negative effects when using GPU scaling. The game may still perform well in some instances, but your gaming experience will not be as good as running the game that uses its original size. Always remember that these experiences in gaming are what most gamers are really after.

Types of GPU Scaling differ from card to card but still offer the same functions. For instance, if you have an AMD Radeon graphics card, you may notice that the options available have different terms compared to those listed in the Nvidia GPU scaling options menu. But despite the different names, these options still share the same purpose.

The following are the different types of Nvidia and AMD GPU scaling modes.

This mode’s main feature is that you can stretch the image as much as possible but without sacrificing the image quality. Since this mode will maintain its native aspect ratio, the image won’t be stretched, and those remaining areas will be covered by black borders. This option is helpful if you think that the image quality looks distorted and want to preserve the aspect ratio.

While the previously mentioned mode allows you to scale the image while maintaining its original aspect ratio, this mode will allow you to scale the image to full panel size or full-screen regardless of the monitor that uses a different resolution or aspect ratio. This means that it will allow you to adjust the display in height and width, but might result in a distorted image. This option can be used if you want your display to as big as possible.

Centered trimmings, or no-scaling mode, is different from the previous examples of GPU scaling, since it will not adjust the screen’s display. Instead, it will keep its original size resulting in a smaller but sharper image, and will be placed at the center of the screen. This option will come in handy if you think that the image that appears on your screen is blurry.

Similar to zooming in, integer scaling mode works by stretching the dis in an integer factor such as x1, x2, x3, and so on. If the game’s display does not match the current resolution, all the remaining areas around it will be covered by black bars.

Your computer does not allow you to enable GPU scaling right away. Unfortunately, there are still some things to consider if you want to take full advantage of your cards GPU scaling abilities. Here are some of the most common factors to think about first before turning this feature on:

1. Use of digital input

Input lag happens when there is a delay between a gamer’s command (e.g., mouse clicks, keystrokes) and the computer’s response to each input. Although the delay induced by GPU scaling may seem minimal or barely noticeable, this can still affect performance, especially in competitive games such as eSports titles. So before turning GPU scaling on or off, just observe both options first and decide whether you want to use it or not.

Is there a Way to Use GPU Scaling Without Black Bars?

Black bars will appear if the scaled image does not match your current display. Aside from games that use different resolutions, black bars around the image are also common for videos such as in FHD and UHD movies. Fortunately, you can remove these by using Underscan/Overscan in AMD and by enabling desktop resizing in Nvidia.

Whilst on the topic of cards and their features I think you may find my report discussing the signs of a dying GPU useful. This may help you diagnose a problem faster in future!

How to Turn on GPU Scaling with AMD Radeon Settings

How to Turn on GPU Scaling with AMD Catalyst Control Centre

How to Turn on GPU Scaling with Nvidia Control Panel

Is GPU Scaling Good for Gaming?

Enabling GPU scaling can be good or bad for gaming. It all depends entirely on the current game that you are playing. If you are not satisfied with your current display, you can opt for different a different scaling mode. But if you think that you don’t need it at all, just leave it on its default settings.

This may affect your FPS if you try to upscale your game’s image higher than your current display. The difference may be minimal and may or may not affect the overall performance. Since there are many different games out there, there’s no way to tell until you try it.

However, newer scaling technologies can actually improve performance by rendering games at a lower resolution, then using special upscaling algorithms to retain image quality. But this only works in games that support the technology. You will also sacrifice some image quality for performance using these techniques.

Is Display or GPU Scaling Better?

Just choose which works best for you as one option may be better against the other in different situations. But these differences will be very minimal to the point that it is barely noticeable. You may try running some old games and modern ones and upscale and downscale both games and see which performs better.

Thanks for taking the time to read this article. I hope that you found the answer to your question and now understand what this feature is all about. If you are thinking of purchasing a new GPU, you should check out these reviews of the top graphics cards for under 300 dollars.

James Cosgrove has been the lead writer at GizmoFusion since 2019. He has a huge passion for the latest technology and gadgets. He loves to talk and write about this interest. He hopes that visitors to the website will find his reports informative and helpful when it comes to making the best choices for their needs.

We will be happy to hear your thoughts

GizmoFusion.com is a participant in the Amazon Services LLC Associates Program, an affiliate advertising program designed to provide a means for sites to earn advertising fees by advertising and linking to Amazon.com, Amazon.co.uk. As an Amazon Associate I earn from qualifying purchases.